Previous Next
Did you enjoy this article? Please share!

What’s the difference between Old World vs. New World wine? We hope to clear up any confusion and give pros and cons of each.

A lot of people don’t actually know the differences between Old and New World wine. Well, I’m here to clear things up. If you think that a 60-year-old bottle is automatically an Old World drink, then you might be surprised.

By the end of this article, I hope you’ll know more about Old World wine, New World wine, the differences and similarities between the two, and you’ll be able to make your own decision about which is better!

Let’s start with some definitions.

What is Old World Wine?

Old World wine refers to wine that’s made in areas that are considered the birthplaces of wine. It’s not a term that simply means a bottle of wine is old.

Old World wine is generally considered to be wine that comes from ancient and historical wine-growing regions of the world, typically in Europe, the Middle East, and Central Asia.

Simply put, if wine isn’t made from these regions, it is not considered Old World wine.

The traditional taste profile includes a tighter body. It’s usually a lower alcohol drink and has a restrained flavor to it.

Of course, the taste profile is entirely up to the winery producing the wine. This is just a general rule of thumb and it varies from bottle to bottle.

One of the unique features is that winemakers are held to pretty strict standards. They have guidelines that the wineries have to follow no matter what region and location you fall in within the world of Old World winemaking.

These restrictions and guidelines are passed down generationally, and the idea is that the heritage lives on as long as these rules are followed. It’s also the reason why some wine experts can pinpoint an Old World wine just by the taste.

It definitely adds a level of romanticism to the drinking experience. You’re drinking a bottle that uses methods that have been perfected over hundreds of years.

What is New World Wine?

As you might have guessed, New World wine refers to wines created in other parts of the world. New World winemakers borrow ideas from the Old World makers, but they often go their own way.

However, it’s not simply a matter of making wine in a country outside of the list from the Old World wine section. New World wineries often try to create their own unique flavor profiles.

New World wines typically come from countries in the Western Hemisphere, such as the United States, Canada, and Argentina. However, former British colonies like Australia and New Zealand also fall into this category, as well as newer winemaking regions like China and South Africa.

These are the types of wine where you’ll generally find bolder and fuller flavors. They are also tend to be higher in alcohol content than Old World options.

Since New World styles are all about reimagining and revamping the old way of doing things, you can find some truly unique and sensational taste profiles.

One of the biggest unique selling points found in New World wine is the spirit of experimentation. Winemakers will use the newest technology, techniques, and ideas when they make their new bottles. In fact, you might find a company that has a drastically different bottle of wine from one decade to the next.

You’ll see dramatic differences between bottles made by different companies because there is no rulebook governing the winemaking.

A lot of people think that the difference between New and Old World wine boils down to the temperature of the climate.

Sure, a quick glance at the locations in the above lists might lead you to this assumption. However, Italy has regions that are very warm, and the U.S. has very cool regions where they make wine. These temperatures are the opposite of what people assume when they take on this false conception.

Remember, it all comes down to whether the country is following the traditional method or not – it has nothing to do with the temperature of the region where the wine is made!

How do New and Old World Wine Differ?

These styles of winemaking have a lot of differences (as you might have guessed). Let’s quickly highlight some of the more obvious differences when considering Old World vs. New World wine.

Besides the geographic difference between the two, the biggest factor is the idea behind winemaking.

Old World wine comes with respect for tradition and upkeeping standards. Many New World wineries take a lot of pride in breaking the mold and challenging every step of the process.

There is a very detailed process involved in making an Old World bottle of wine. There are governing rules that have been around for centuries in some regions. It takes the guesswork out of making a bottle.

New World bottles can vary from winemaker to winemaker. The only rules that exist live within the brand and the creator.

The Age of the Operation

Though not always the case, in most cases the age of the operation will be a big difference.

In general, you’ll find a lot of newer companies when it comes to New World wine. Old World winemakers rely on tradition and old standards. You’ll find that more companies have roots that date back hundreds of years.

It’s a safe bet to assume that if a winery was opened in the past decade, it’s most likely a New World operation.

We have already touched on this in a sense, but another big difference is what the goal of the brand is. New World wine brands are focusing on innovating techniques, constantly iterating and creating new flavor profiles.

The goal for Old World wine is to follow a set of rules and instructions so perfectly that it tastes the same as a bottle made a hundred years ago.

Let’s talk more about how similar these two styles of winemaking are. You might be surprised to see that they actually share a lot in common.

Both options are similar because they come from a place of passion. Without asking a winemaker if they are preparing Old or New World wine, you’ll be able to see an incredible love for the art.

At the end of the day, that’s all wine is. It’s an artistic combination of time, science, and flavor. I always say that anyone with patience and passion can be a winemaker.

Both styles follow the same general techniques when it comes to making wine. They just deviate when you get into the minutia. From a broad perspective, New and Old World winemakers turn grapes into wine.

Pride in Their Work

On top of that, both styles of winemakers take a lot of pride in their craft. You’ll be hard-pressed to find a winemaker that isn’t ecstatic about what they’re doing.

Both styles of winemaking are reliant on their location. It was mentioned earlier, but you can’t call your bottle Old or New World if you’re not making it in the right place.

Even though the physical locations are different, the fact that the styles are geo-specific is the same.

At this point, you can probably infer some of the big pros and cons of Old World wine. For the sake of being explicit, let’s detail some of them.

It’s hard to be inventive when making a bottle of wine that has to follow strict guidelines. The result is a shelf filled with bottles with a similar overarching taste.

Even between brands of wine in the same region, you’ll find a very similar taste. This is great news if you’re looking for a certain flavor profile.

The same reason why we love vintage clothing and accessories is why we love Old World wine. The battle tells a story that dates back generations.

The bottle feels rustic, the taste is nostalgic to an experience that happened hundreds of years ago, and the ideas behind the bottle are historically significant.

Even if you don’t like the taste, you can appreciate the story that went into the bottle.

On the other side of the coin, the guidelines lead to a lack of variation from one bottle to another.

For people who are looking for dynamic and surprising flavors, you’ll be less likely to find them with Old World wines.

Now, let’s highlight the pros and cons of New World Wine. Some people might view change as either a positive or negative, so some of this does involve preference.

Since New World winemakers have no rules, they can get creative with the tastes. One company might offer dozens of completely unique wines.

Since New World winemakers are always experimenting and looking to try new things, you get to enjoy a wider variety of tastes.

Pro – Detail is On the Taste

Since New World winemakers are focusing on perfecting wine, you’ll find an increased detail when it comes to the taste of the bottle.

They don’t have standards to adhere to or traditions to withhold. They’re just looking to make wine that speaks for itself.

If you want predictable tastes, then stay away from New World wines. It’s difficult to reliably predict what each bottle will taste like, unless they provide a description or you are intimately familiar with the winery’s operations.

Old World wines have a more expected result when you taste them. New World options might be more like rolling the dice and taking your chances.

Though this might be a pro to some, a common trait of New wine is the higher alcohol content. Some people prefer strong, jammy malbecs and merlots, while they may make traditionalists cringe.

Some people might find the extra kick of alcohol to take away from the experience of enjoying a glass. It can be overpowering at times.

As far as the taste is concerned, you’ll be hard-pressed to find a winner. You will find a New variety that tastes much better than an Old variety, and vice versa.

In fact, it’s not a stretch to imagine that you’ll find a New and Old World wine that tastes identical to one another.

That’s because the New World wine isn’t bound by any standards or rules. In reality, if a winemaker wanted to perfectly emulate the Old World way of making wine, they could still sell it as a New World bottle – though the opposite wouldn’t be true.

What you’ll find is a lot more consistency in Old World bottles. If you’re fond of the more subtle flavor profiles, then you’ll find more to love in an Old bottle. If you want to explore the complex profile of wine, then you should try New wines.

I can’t write all of this without injecting my own personal preference! I always tend to go with New World wine.

Why? I appreciate the focus on the wine itself and not the tradition of making wine. I like the additional flavors you can find in a New bottle. Also, I tend to like bolder wines that have higher alcohol content.

For you, it all boils down to what’s important to you. Take the ideas discussed in above and make the decision for yourself. Which is your favorite type of wine?

This site uses Akismet to reduce spam. Learn how your comment data is processed. 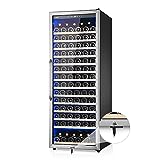 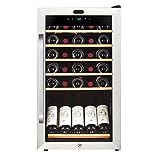 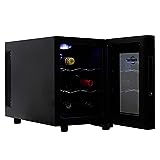 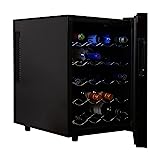 VinoFacts.com is a participant in the Amazon Services LLC Associates Program, an affiliate advertising program designed to provide a means for sites to earn advertising fees by advertising and linking to amazon.com.

Back to Top
Close